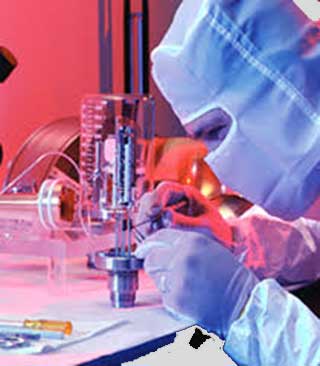 RAID (redundant array of independent disks or formally, redundant array of inexpensive disks) is a way of categorizing computer data into a storage system that utilizes multiple disks or drives. This is meant to both store your data but also to improve the function of your computer as unnecessary data is organize more efficiently. It is commonly used in small and corporate businesses because of its ability to enhance data storage and retrieval. RAID is not meant to be used as a sole back-up system for your data, it is meant to increase your computer’s performance but as it does this data is stored and copied. Depending on the RAID level (a level which determines the necessary security and storage for each file) the data is stored on two or more disks, creating more copies of the files in case of hard drive malfunction. Because of this data storage, RAID recovery companies can be trusted to retrieve data from your hard drive(s) after a malfunction.

Hard Drive Recovery Group is a company that provides data recovery services for hard drives, including RAID recovery. Because RAID replies on multiple disks a single hard drive malfunction is not enough to cause data loss so RAID recovery included more than one disk, making it more difficult. RAID repair requires a qualified technician and most often cannot be done by the general computer user. Hard Drive Recovery Group cautions that running software in an attempt to recover RAID data can cause further damage and data loss due to the malfunction array.

These services are indicated for businesses and not necessarily the best choice for personal computer users who employ RAID levels 0 or 1. RAID 0 is generally unrecoverable because it actually is not redundant meaning it does not create and store copies of data. Hard Drive Recovery Group specializes in RAID levels 5, 6, and 10 because they are common to corporations as they are created to deal with much more information than a single computer creates.

When hard drives malfunction, due to overheating, water damage, power surges, etc., and RAID is unable to run, data is left inaccessible. Before removing the hard drives and shipping them to the technicians at Hard Drive Recovery Group, over the phone the company can identify whether the hard drives are the issue or not. If the hard drive isn’t the issue, they will advise on the best solution and could end up saving you money.

The highly experienced and knowledgeable technicians of this company offer a service that allows your data to be recovered within 24 hours or, without the expedited service, the process takes between 2 and 4 business days. They boast over a 95% success rate as well as the safest data recovery service in the industry. A clean-room (dust-free, controlled environment contained in plastic for absolute cleanliness) is used to ensure the disks and drives are secure from scratching when they are exposed. They are able to recover RAID data from all computer manufacturers including Microsoft, Man, Linux, HP, Dell, IBM and more.

Upon recovery of your data, it is copied to a new hard drive which is included as part of their service. Data can also be uploaded to a server and downloaded by the customer to a secure computer so that shipping the physical drive is not necessary. Their service is guaranteed fast, safe and affordable plus they have been employed by dozens of prestigious institutions, corporations and other large companies. They follow a “No recovery, no charge” policy, guaranteeing a risk-free experience as well as the best price.